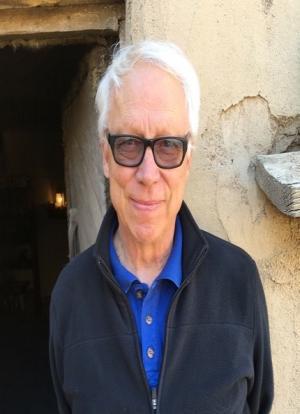 I was born and raised in Denver. First in the Baker neighborhood, then the East Washington Park area. My father was a teacher/track coach, then administrator in the DPS. I went to South High School, heavy on shop and gym classes, not your academic type. But did attend C.U Denver Center for a year before being swept up in the beginnings of the “60’s counter culture”. I had a wide assortment of jobs through that period including book store manager and driving a cab before being hired on as a gopher for a restaurant décor installation crew traveling the country doing “theme” restaurants.

Too much time being away from my new family lead to starting to put time into and learning a trade. First as a mechanic, then a carpenter. I was typically hired by the job. One of which was installing storm windows for About Saving Heat 1.0 in the late 70’s. I tended to find the most interesting work in historic restoration and over the next thirty years starting with trim carpentry, I specialized in window and door work eventually owning a mill shop building duplicate historic windows and doors. I did all phases of work from general contracting, to staffing large jobs, to selling window projects and products to developing restoration techniques. Long about 2005 I started developing an aversion to the dust and chemicals used in the restoration process and as they say when one door closes another one opens. Dennis Brachfeld needed an estimator and we had maintained a connection over the years so it was a fit. And with years of construction/estimating experience in older buildings/homes an easy transition.

2. A four-hour glider ride above the mountains just north of Reno NV. Quite literally flying with eagles at our wing tips riding the thermals up thousands of feet.

3. The week before Christmas in a pre 9/11 New York City…magical

A: I am part of a kitchen team that regularly creates seven course meals for up to 120 people four times a year and meals for twenty plus weekly.

Q: Who has been influential in your life?

A: Retired Lt Cmdr. Frederick Hale. This might surprise more than a few people. What would a hippie carpenter have found in with common with a military person? Fred was a graduate of Annapolis and his service job as a diplomatic liaison was to contact and work with local port authorities and city officials to prepare for and ease the arrival of the fleet. At one time or another he visited about every major port in the world, giving worldly a whole new meaning. When I meet him he and his brother ran a mill shop building wood replacement windows. This was the early 80’s and I had a working relationship with them as a sub-contract installer and estimator for several years. This was an introduction to the first use of early desk top computers, a Tandy TRS 80 used to generate all the cut list for their products, management and training, and running a business. Fred’s world view was way beyond anything thing in my experience and was my first exposure to a whole range of subjects from shop tools, to wood working techniques, to dealing with people, to ideas. There will be some new condition in the world and I’ll think Fred talked about how that could happen forty years ago. The over coffee conversation that sticks in my mind was about wealth transfer from production to finance, the results of which we live with today.

Q: What do you feel is the most beneficial energy improvement a homeowner can make?

A: Just taking the first step and getting an Energy Audit. Of course, we all hope they then follow through with the improvements.

Q: If you could spend half a day with a person from history, who would it be and why?

A: Futurist, visionary, inventor, writer, R. Buckminster Fuller, but a half day wouldn’t do it. He said it would take 42 hours to tell you everything he knew! And in the latter part of the seventies did on a regular occasion! His views on the place for humanity on this planet and how to make best use of its resource are inspiring and more relevant than ever.

Q: What is the weirdest job you have had?

A: The one late night shift in 1963 I spent as a waiter at the Café Du Monde in New Orleans La. You would think with only two items on the menu, café au lait and beignets I could keep the orders straight.  Also on that adventure unloading a banana boat and one night in front of a blast furnace smelting aluminum.

Q: Where was your last vacation?

A: An afternoon at the site of the Sand Creek Massacre in south eastern Colorado. A beautiful fall day and I was there by myself, no other park visitors for over an hour. Quite moving.

Q: If you could be any animal, which would you be?

A: I don’t mind being a human animal.

This is a CALL TO ACTION